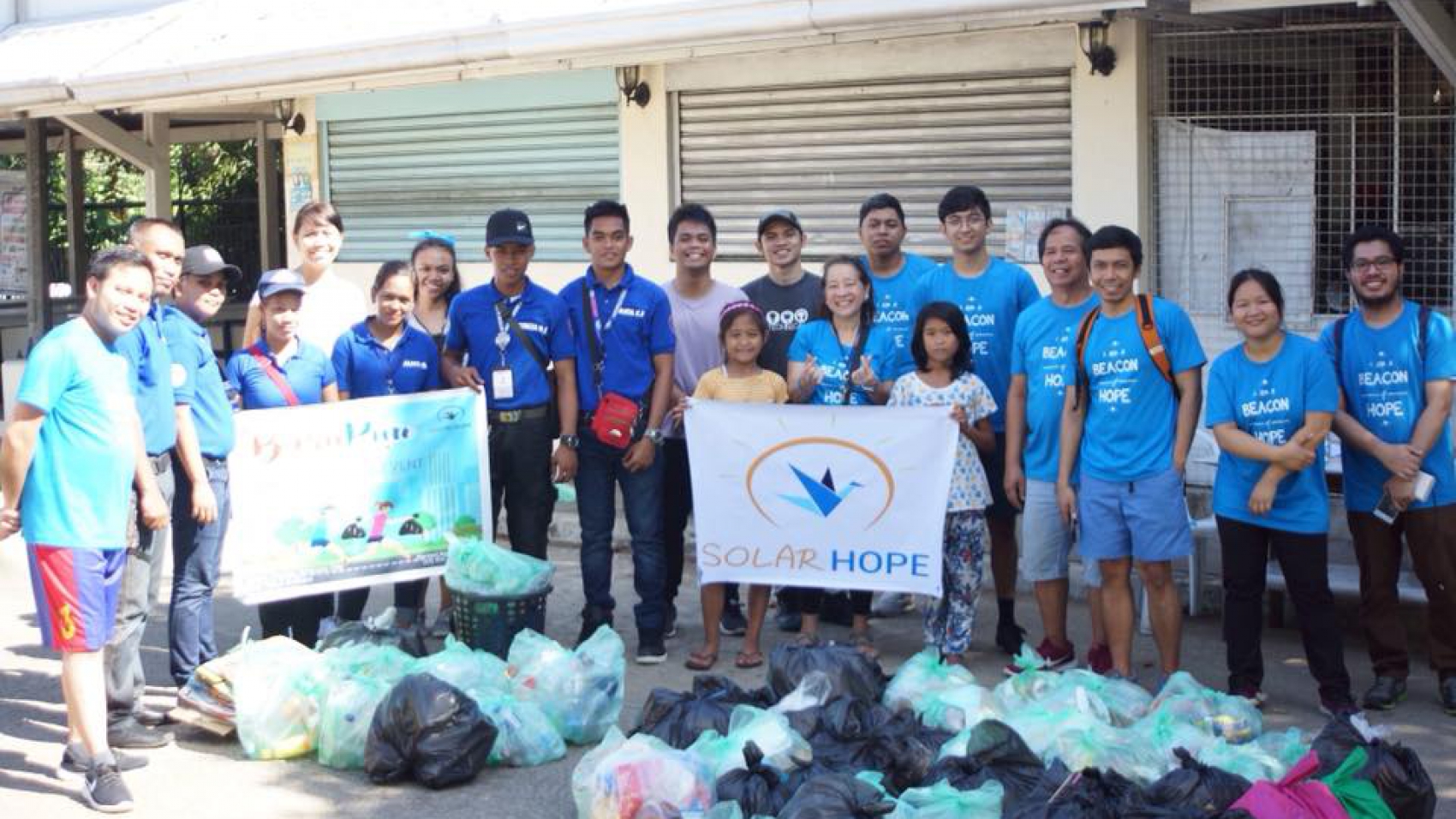 BasuRUN is a plogging event in participation to the nationwide thrust to promote awareness towards environmental issues and solutions. Participants would jog around Antipolo near Ynares area and gather the garbages along the way. Small group discussion of the experience and how they could continue to help the environment would be done after the plogging activity.

BasuRUN 2018 held in Ynares Center, Antipolo was very successful and around 82 people participated in the event. The event started at around 6:30am after the people had finished the registration and was given a blue ribbon as their identification on participation to the event. A short orientation was done through the presentation of SOLAR Hope’s advocacy and instructions for BasuRUN.

The participants were grouped into BasuRUN teams and BasuRUN team leaders were assigned. Each team was instructed to segregate the garbages they picked with PET bottles/Recycable Materials on one trashbag and assorted plastics on another trashbag. After the orientation, the groups were deployed to different routes. During BasuRUN, several joggers in Ynares became curious and became interested to participate in the event even by just picking garbages around Ynares.

There are a total of 29kg of assorted plastics and 20kg of PET Bottle/Recycable Materials gathered during the event. Various organizations were also represented during the event such as SOLAR Hope, CEWMO, OPSS, and students. Out of the 82 people who participated, 68 are working, 5 are non-working and 10 are students.

Positive feedbacks and encouraging insights were also gathered as each one shares their experience of how a very small act could create a big impact if everyone works together. Some of them tried to create ecobricks after the run while having their breakfast of champorado and pandesal.

Also, many said that they would want to join more activities that would help the environment and to invite more people on the next BasuRUN if there would be another one.

The event was concluded at around 9am and the gathered garbages were endorsed to MRF. The event would not be possible without the support of the provincial and municipal government, Yes Team, OPSS and volunteers from SOLAR Hope.